The other day we went exploring.

The day started off with a job that needed to be done… try to sell some of those clothes that I just went through….So off we (my son, daughter, and me) went on our merry way with the tub full of clothes. When I got to the store… I asked “How long should this process take?” they said “3 hours”. I said “ok”, and walked out of the store…

I thought about taking the clothes back and trying again at another time, but then I realized its a good distance from home… I’m here now! So, now we had time to kill.

It was a pretty nice day out and we were close to one of the beached that we normally don’t go to, so I thought let’s go! While driving to the beach we passed a new playground. Now, my son he’s very observant, he saw this new park and said,”Mommy, I want to go park, please!” At first I didn’t want too, I had the beach in my head… but then I said to myself “Hey, he saw it, he asked nicely, and its new…why not?” So I turned the car around and we went.

I’m so glad we did! He had a blast and so did his sister. She was excited to get out of her carseat…she hates that thing… I wrapped her up in a nice Lenny Lamb size 2 wrap, rebozo with a  slip knot finish. She was nice and snug and warm (it was a little chilly especially if you were out of sun). Wrapping her up is always a good thing…especially today… all of a sudden a school bus showed up, they had lunch and then BAM! They invaded the playground. I was able to chase and keep up with my two-year old…normally, I would do the same thing, but the school kids(second graders) were being a little rough, so I was a little more hover-ish!

On a side note: I was kind of surprised at how their teachers, and chaperone parents, were letting them run a muck like that, not even saying once “Watch for the little kid!” I was a teacher and I totally understand letting the students run out their energy, but I remember always if we were in public with other people, reminding the students to be mindful of the others around them and have a good time….

Oh well, those students were only there for about 15 minutes. Then it was just us again! My son was running, climbing, swinging… having a grand old-time… Then I decided to get on the swing with my wrapped baby! It was great! She loved it! Of course while big brother played…she got hungry… So Momma fed her!

We had such a great time exploring! I’m glad that the store said 3 hours (wound up only taking 1) and we had time to kill. We had so much fun! My son was so tuckered out for all the play, that he fell asleep in the parking lot on the way home…

Here are some pics from the day! 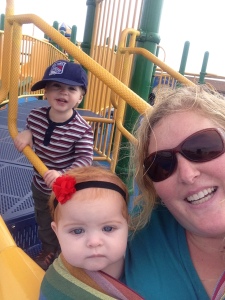 Climbing the stairs to slide

Momma and Me on a swing

he’s getting so big 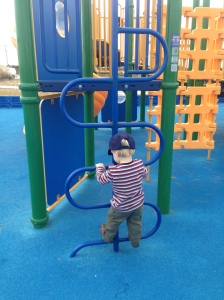 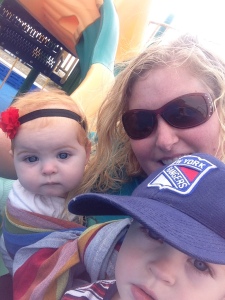 I love my little family 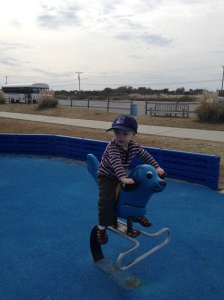 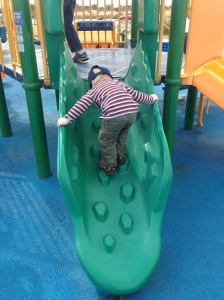 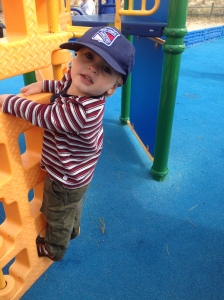 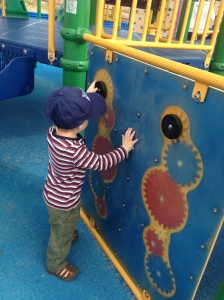 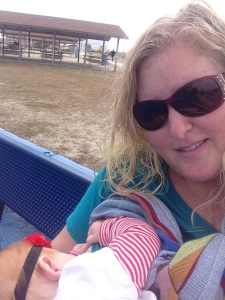 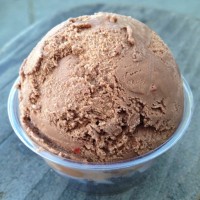 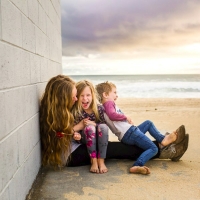